A CALL TO ACTION ON BEHALF OF ISRAEL

It is the most hostile anti-Israel “inquiry” in UN history, and is headed by the former UN High Commissioner for Human Rights, South African Navi Pillay, known for her direct involvement and support of the infamous Goldstone Report. It establishes the most hostile and dangerous body the UN has ever created and it will be a permanent standing body with no end date to its operation. It is appalling that, while many other nations commit real human rights abuses, the UN chooses again to single out Israel.

The commission’s mandate is to investigate “all alleged violations of international humanitarian law and all alleged violations and abuses of international human rights law leading up to and since April 13, 2021, in the Occupied Palestinian Territory, including East Jerusalem, and all underlying root causes of recurrent tensions, instability, and protraction of conflict, including systematic discrimination and repression based on national, ethnic, racial or religious identity.”

There is no mention of rocket launches by Hamas or any actions by other aggressors against Israel.
See latest armed protest, engaging children, January 1, 2022 at the Deheishe Refugee Camp; video produced by David Bedein of the Center for Near East Policy Research. This film demonstrates the religious hatred and violence taught to Palestinian children by yet another UN body – UNRWA. The event was organized by UNRWA with PA support.
The “inquiry” will have a generous budget to facilitate its mandate to ferret out “discrimination and repression based on national, ethnic, racial or religious identity” and to find discrimination and repression at the hands of Jews. This is full-frontal anti-Semitism, an inversion of the truth, such that the Jewish victims of racism and religious hatred become its perpetrators.

This attack on Israel is unprecedented even in the antisemitic history of the United Nations human rights system in terms of the “inquiry’s” funding, staffing, and permanence.

This is a CALL TO ACTION for concerned people everywhere… the verdict of this kangaroo court is a foregone conclusion but there is an opportunity to challenge it:
• The Commission has issued a Call for Submissions” inviting “individuals, groups, and organizations to submit information and documentation relevant to its mandate.”
• Answering the “Call for Submissions” en masse provides an opportunity to influence history for all those committed to combating modern anti-Semitism and defending the right of Israelis to exist unmolested in their own country, the UN member state of Israel.

The articles below, all authored by Anne Bayefsky, Director of the Touro Institute on Human Rights and the Holocaust and President of the Human Rights Voices provide more information and instructions on how to construct our submissions.

The first article, published by the Canadian Antisemitism Education Foundation led by Andria Spindel, spells out how to prepare a submission.

The second, calls on American taxpayers to object to spending their tax dollars on this affair.

The third article is an exhaustive account of the entire process leading up to the creation of this Commission. It demonstrates the hideous uniqueness of the current commission, even more outrageous and firmly anti-Israel than the many prior actions of the UN Human Rights Council.


We are simply realists who understand what the Palestinians mean when they say “All the land from the River to the Sea; Palestine must be free”. This is nothing more nor less than a call for the total destruction of Israel. 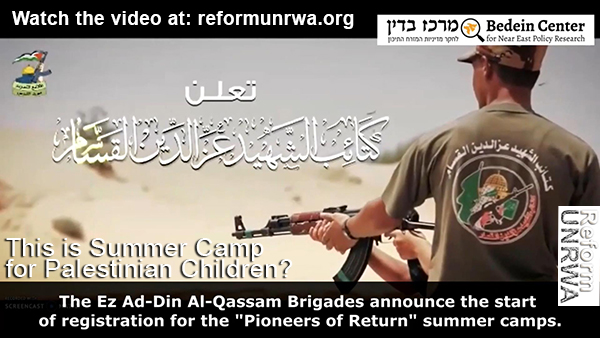 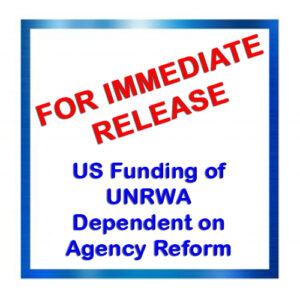 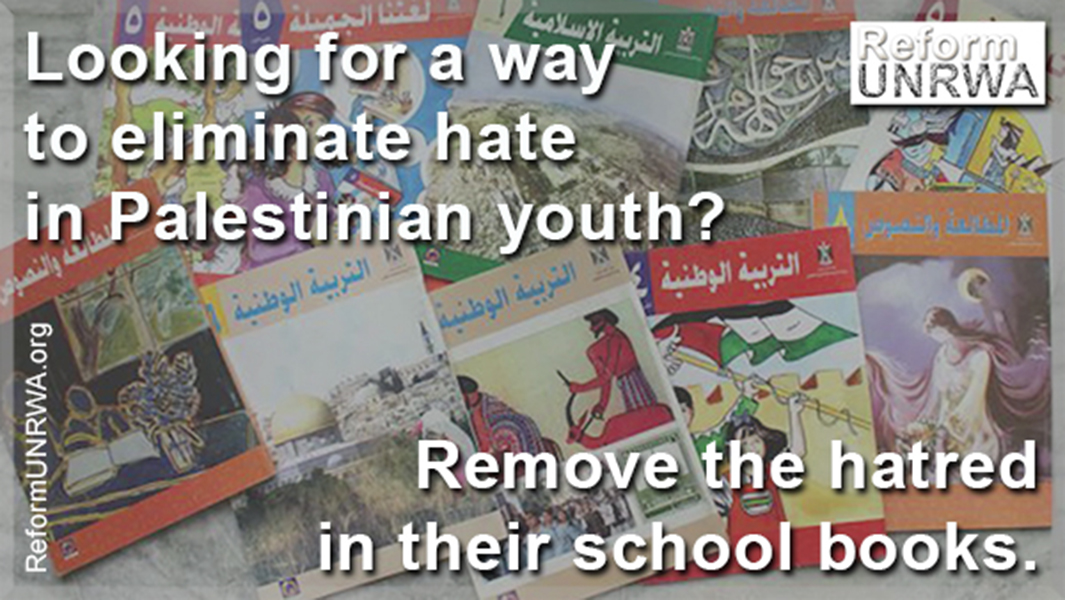 THE PATH TO PEACE IN THE MIDDLE EAST BEGINS IN THE CLASSROOM…
BUT NOT IN THESE CLASSROOMS!

Click here to read more.
“OUR ULTIMATE GOALS ARE REFORMED TEXTBOOKS AND TEACHERS COMMITTED TO TOLERANCE AND PEACE.”

WHAT ARE PALESTINIAN CHILDREN
CURRENTLY EXPOSED TO IN THE CLASSROOM?

Incitement-filled books that encourage hatred and the killing of Jews, deny the existence of the Jewish State of Israel (a UN member state), claim that Jews have no historical connection to the land and glorify martyrs. Promoting martyrdom and jihad will not produce a generation of Palestinians inclined to negotiate a peaceful resolution of the conflict.

EVEN IF UNRWA WERE TO BE DISSOLVED, THE HATE AND INCITEMENT IN THE EDUCATION WOULD STILL HAVE TO BE ADDRESSED.

Read why stopping UNRWA is not the entire solution!

The mission of the UNRWA: STOP TEACHING HATE Caucus is to ensure that the UNRWA/Palestinian Authority curricula conform to standards of peace and tolerance required by United Nations principles and documents. It is immoral to use textbooks which teach Palestinian children to hate and kill Jews, to glorify martyrdom, to vilify and deny the existence of Israel, and to use maps on which Israel (a UN member state) does not appear. 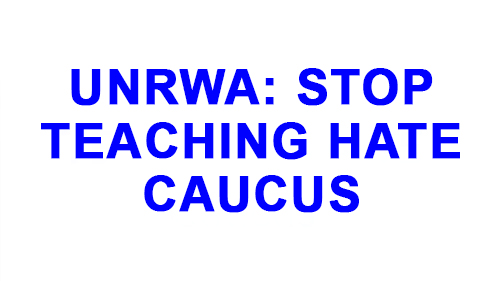 We respect your privacy. We do not sell or lend your data.